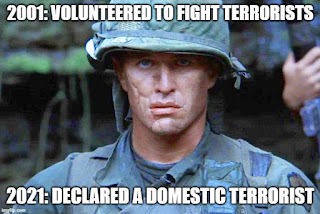 The Raconteur Report recently came out with a post on the .mil and their field and technical manuals. He brought up an interesting point which I immediately looked up. I have talked about the Ranger Handbook being a must-have. It is, but he made me question which version is the best. So, I looked up the current RHB to see if there is a huge difference between todays version and one from the early 2000’s, when I joined the Army.

Analysis:  Holy hell! 370 pages today compared to the 234 pages from the past? What the hell could have been added that was so important? (Scanning…) Ok, an entire chapter on machine gun employment. That is very important. Read, read, read! Effective machine gun fire can change the outcome of a battle tactically and operationally. Strategically in 4GW, I do not know. We are learning that as we go. What else?

A chapter on mounted patrols, which is largely irrelevant for light infantry operations except FOR RECON PURPOSES. You don’t want to be sky lining yourself in a convoy on a linear danger area with drone’s present. Linear danger areas, like roads, mean something different depending on METT-TC. The insurgent fighting in his backyard looks at roads and paths vastly different than an invading and occupying Army. What else?

Looks like expanded Demolitions and First Aid chapters. That is great. Keep up with the times. Also, all light infantryMEN should be experts in demolitions. The US military has taken that away from the light infantryman, but one must look no further than the implementation of IEDs on the battlefield to see their effectiveness and why the US government is afraid of those tactics. More on that later, back to current RHB. I see better pictures throughout. This will help with the knots. Especially for the man just reading this stuff and not applying it under instruction. All of this is good though.

Unfortunately, there are more word salads, and they are sporadic. For example, the first chapter on leadership is more confusing in the new version compared to the simple, Be, Know, Do from the earlier copies. This violates the KISS rule. The KISS, or Keep It Simple, Stupid, rule for military operations is the best way to plan. This is not because soldiers are dumb but because the plan changes as soon as you hit the ground. You know, when the enemy has a say against your “well planned” mission. Because the enemy is unpredictable, you must fight the fight and not fight your plan.

We saw this with the use of IED’s as a weapon in Iraq. At one point 70% of casualties in Iraq were from IED’s. Instead of changing those convoy tactics, the US stubbornly stuck with them. As we, expensively I might add, stacked armor on armor to both personal and vehicles, the enemy made cheaper and more effective homemade bombs, bigger and bigger. Consider that. We spent more, they spent less. These bombs started as remote detonated and evolved to victim initiated. Basically, Taliban/Al-Qaeda could build a 300-pound bomb using HME (homemade explosive) and make a simple electrical circuit where the soldier would blow themselves up by completing the loop. It was fourth grade science vs. Ph. D structural and scientific engineers. Fourth grade science won. The most effective I saw was two long, thin metal plates separated by two sticks to keep the metal from touching. This was then buried with a battery and viola! You drive or walk over it and it went boom. Then they developed the EFP (Explosively Formed Penetrator) which won the arms/armor race. EFP diagram below is not the same as the IED video. (If you can't see it, switch to the web version from mobile at the bottom of the page.) (The IED at 1:57 is my favorite. They buried it too deep but you can see the power of it in the earth it moved. You won't find this in the handbook but they are the perfect defense weapon against occupying forces.)

My scout/sniper platoon changed our tactics. We got out of our vehicles. We conducted search and destroy missions along MSR’s (Main supply routes) looking for IED teams. MSR’s were roads which the US consistently drove convoys over to resupply the FOB (Forward Operating Base) network. We discovered the enemy was not ghosts. They just fought on their home field. We would patrol until night, pretend to exfil, then set up small kill teams to ambush the ambushers. To be honest they were sloppy in the field. We brought home more confirmed kills than the rest of the battalion combined. That is because we had great leadership with years of experience who cared about their men and changed their tactics to the reality of the fight. We loved this. It is something fake Americans will never understand. We were truly HOGs, or Hunter Of Gunmen.

I'll close with this. I think Mike Tyson said it best, “Everyone has a plan until they get punched in the mouth”. That is wisdom from a man who has been through some battles. Plan, but change your plan or lose when you get hit. That is the lesson of military leadership, plan, and when everything goes to shit, change your plan. As for which RHB is better? Download them all, fucking cherry, and get caught up. Read them. Figure it the fuck out in your AO (Area of Operations). No one is coming to save you, least of all any Rangers these days. Become the Ranger you want to see. In other words, be a fucking man. Raptor 2, out. 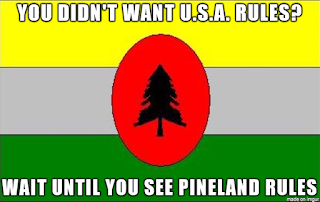 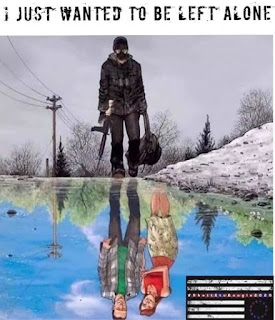