Push Through the Kill Zone 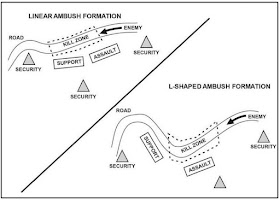 Agree with TTH and amplified. Great write up and thanks for sharing. Spread this far and wide. Every patriot needs to watch this and get angry. Antifa and the police working together side by side to bring down one man. I hate watching and writing about this shit. It is horrible to watch, but we must face the truth. This is reality. Nonetheless, I feel like Ebenezer Scrooge when faced with man’s own sins:

"Forgive me if I am not justified in what I ask," said Scrooge, looking intently at the Spirit's robe, "but I see something strange, and not belonging to yourself, protruding from your skirts. Is it a foot or a claw?"

"It might be a claw, for the flesh there is upon it," was the Spirit's sorrowful reply. "Look here."

From the foldings of its robe, it brought two children; wretched, abject, frightful, hideous, miserable. They knelt down at its feet, and clung upon the outside of its garment.

They were a boy and girl. Yellow, meagre, ragged, scowling, wolfish; but prostrate, too, in their humility. Where graceful youth should have filled their features out, and touched them with its freshest tints, a stale and shrivelled hand, like that of age, had pinched, and twisted them, and pulled them into shreds. Where angels might have sat enthroned, devils lurked, and glared out menacing. No change, no degradation, no perversion of humanity, in any grade, through all the mysteries of wonderful creation, has monsters half so horrible and dread.

Scrooge started back, appalled. Having them shown to him in this way, he tried to say they were fine children, but the words choked themselves, rather than be parties to a lie of such enormous magnitude.

"Spirit! are they yours?" Scrooge could say no more.

They are Man's," said the Spirit, looking down upon them. "And they cling to me, appealing from their fathers. This boy is Ignorance. This girl is Want. Beware them both, and all of their degree, but most of all beware this boy, for on his brow I see that written which is Doom, unless the writing be erased. Deny it!" cried the Spirit, stretching out its hand towards the city. "Slander those who tell it ye! Admit it for your factious purposes and make it worse. And bide the end!"

1. Don't make yourself a target. You do not live in a country of laws anymore so act like it. American flags, loud stickers, and even veteran signs invite trouble depending on your AO. Wear them if you want but be ready to be a target. Act accordingly.

2. Don't get out of your vehicle unless you absolutely must. Think of it like reacting to an ambush, push through the kill zone first. YOU NEVER STOP IN THE KILL ZONE!!! They want you to stop there so they can escalate the fight in their own way. Don’t fight on the battlefield they choose. Never fight in the kill zone.

3. 0:28: Never walk into a crowd of people, no matter how big or small it is. If you made the mistake of stopping and getting out, keep an obstacle (the truck) between you and them. In this case, instead of the truck being an obstacle to the mob, it is used as a screen to allow the mob to escalate the fight on their terms.

4. If pepper sprayed, break contact immediately. GTFOOT. Get the fuck out of there. You know you are being filmed and in their kill zone. Slip away, Airborne! Leave your truck if you must. The times are changing fast. The mob is allowed to attack you. You are not allowed to defend yourself. Drawing your weapon to make a stand is your last resort and if you do, have the mindset to be ready to use it. A mob which thinks you will not shoot will not have remorse as they literally rip you apart limb by limb. I have seen other countries Special Forces units which were not ready for the ferocity of the mob. Sure, they backed off, but not very far.

5. 0:50: The crowd smells blood as their police allies moves in to finish the fight. With the threat gone, the crowd also moves closer. The cops arrest another innocent man (and apparent Vietnam veteran by the decal on his vehicle) as crowd cheers and jeers. If this continues down the path we are going then eventually the police will leave that man with the crowd and back away because they know they will be next. The Iraqi' mobs like to cut off heads and dicks. I wonder if the American communists will do the same?

That is really all I can watch. Too much anger, hate, and disgust. It makes me angry that an American Marine Vietnam Veteran (if the stickers on his vehicle are correct) is being treated this way by two different communists units, and one state sanctioned! Oh, how the mighty have fallen. I guess the last bit of advice is to get yourself a dash camera or body cam if you are going to engage with these people. The camera phone has become the rifle in this new version of warfare that is being waged in America. It is always better to have your point of view filmed and documented because you know theirs will be. And they have the backing of the entire system. Always avoid contact and deescalate unless on your home field. Only then is it speed, surprise, and violence of action. Silence, violence, silence. And don't remember nothing. Always have a Ranger buddy. Good luck out there, we all need it. Raptor 2, out. 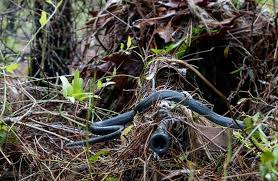