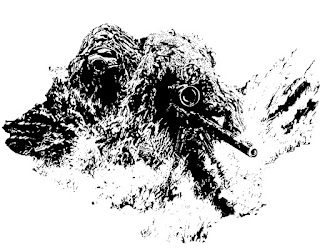 A couple of months ago I had a post about what version of the Ranger Handbook was the best. My answer was to read all of them, catch up, and stop being a cherry. I put up two versions, one from early in my career and the current one. Hopefully, you learned a lot from those resources. Also, hopefully you learned what not to do because that is just as important. Recently, Big Country posted a link to common tasks manuals. Read them, learn them, apply them, and love ’em. But just know that there is a thing about this stuff. So, what is the thing one might ask?

The thing about these resources is that they are always lessons from the past. What is important in one conflict will not be important in a future conflict because war is always changing. What will win future conflicts will be adaptive and resilient leaders/fighters who are innovative enough to develop new tactics and strategy on top of the tried-and-true common tasks methods from the past. Why did I say leaders/fighters? Because they go hand in hand. A true leader of men will be one who shares the suck with his men. That is why a true leader can choose the best soldiers. They have been there and done that. They know the character framework needed of the individual soldier to be successful in their unit. That is why there is an obsession of finding the pillars of a successful group. Because successful leaders/groups need good followers.

Good followers are not talked about enough these days. Everything is about leaders and how to build them better. Nothing is mentioned about how to be a good follower. The Rangers have the big five or, mobility, marksmanship, medical, small unit tactics, and physical training. I wrote a post for the sniper big four of target detection, range estimation, stalking, and advanced marksmanship. What those do not discuss is the ability of winners to humble themselves and all work together to succeed for their people. The leader innovates and adapts. The men, chosen for their character and abilities tested on the pillars, follow, and learn to lead. They adapt and innovate when needed in the situations based on experience. That is where the old and the new meet. Once the new and old are developed and merged, they will then need the courage to implement those tactics or strategy in real life. A new leader is born or the movement dies. Iraq is a good example of this theory.

To be brief, in 2003 we invaded Iraq, crushed their military, and disbanded their government. The people and former soldiers had no clue what to do. No FM for this situation. So, they began to experiment. They probed us for weaknesses. I can tell you that at the beginning they thought our technology was way more than it was. They thought our body armor was air conditioned and our night vision was thermal…like the predator. We were not Predator and they found that out quickly.

They developed the IED or Improvised Explosive Device to counter our technological advantage. If the sniper is the queen of the modern battlefield than the IED team was the Rook. No one had ever heard of the IED at that point. In least, American forces did not at the tactical level, as far as I know. Where the metal meets the meat, so to speak. It was a small team of men implementing one device to take out a vehicle filled with men which cost hundreds of thousands of dollars to maintain. Not to mention the human life cost. Sniper equals one bullet, one man. One IED team equals one IED, one team/squad of soldiers in their vehicle. It was ingenious, yet it could be defeated by the sniper quite easily. Too bad the USA is always so reluctant to field snipers. Perhaps that is because our politicians fear us? I digress….

This field manual (FM 23-10) was my baby for about five years of my life. Read, learn, apply, and ADAPT. One of the reasons why I loved being a sniper was that it got me down in the mud. Even as an instructor we had to pick one of us to lead the men through the ghillie wash. Usually, the new instructors were picked. I volunteered, not because I am some sort of badass. I am not. I volunteered because I loved being dirty and being at the front. And that is the true sniper. The man who is willing to go through the most shit to get the shot, undetected, and still GET HOME WITH HIS BUDDIES. That was the lesson.

Anyway, there have been updates to the FM, but this one is all you need. Like the unnecessary changes in college textbooks, the military changes their manuals all the time. Yet they are always behind because they are created by bureaucrats. Read, learn, apply, love, and adapt. My next post will be on observation starting on 4-28 of this manual.  Raptor 2, out. 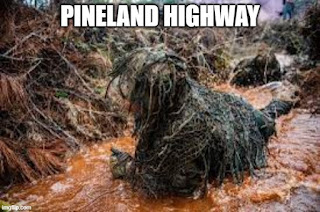 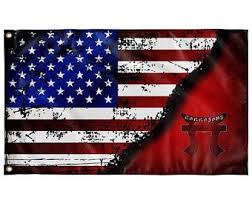