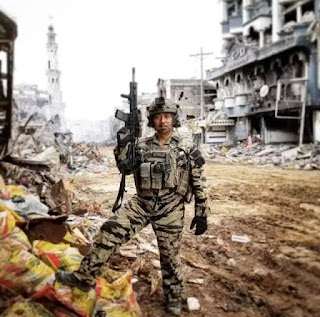 THE BATTLE OF MARAWI: SMALL TEAM LESSONS LEARNED FOR THE CLOSE FIGHT.

In May 2017, Islamist insurgents swarmed through the city of Marawi, taking the population of 200, 000 hostage and announcing it as a new ‘Capitol’ for Islamic State in South-East Asia. This wildly ambitious, unprecedented move triggered a State of Emergency, and from May to October 2017, fighting echelons of the Armed Forces of the Philippines (AFoP) deployed to Marawi in the Mindanao region of the Southern Philippines. The Southern Philippines has proven a haven for Islamist terrorists for many years[1], however, anecdotal evidence suggests the region has also seen a recent increase in activity due to an influx of foreign terrorist fighters from the Middle East.

Prior to Marawi, the AFoP had limited experience in urban combat, with their training historically focusing on jungle operations to suppress various Islamist groups and the National People’s Army (NPA), a rebel communist group. As a result, with almost no notice, the soldiers, marines, sailors and airmen and women of the AFoP were required to adapt to this new environment extraordinarily quickly[2].

The lessons learned by the AFoP from grinding combat in a large, broken, crowded city are important. The Australian Army has leading training for combat operations in the urban environment, but it must learn everything it can from the AFoP’s vicious Marawi experience to ensure it is best prepared to operate, fight and win in similar urban conflicts.

The aim of this paper is to describe the key tactical lessons the Australian Army can learn from the AFoP’s urban siege of Marawi City. Consideration of these lessons may inform and improve the Australian Army’s current approach to the force generation of close combat, combined-arms capabilities. It will identify the key tactical lessons learned by the AFoP fighting an intelligent, determined, disciplined and well-equipped terrorist threat in the extraordinarily difficult, intense and complicated terrain.

On 23 May 2017, security forces from the Philippines conducted a raid in the city of Marawi to capture an insurgent named Isnilon Hapilon—the former leader of the Abu Sayyaf Group (ASG) and self-proclaimed Emir of Islamic State in East Asia. The forces who conducted the raid reported much tougher resistance than expected. The insurgents were rapidly reinforced and quickly revealed extensive defensive preparations throughout the city—well constructed defensive positions, concealed routes, hidden ammunition and arms caches, and an almost doctrinal urban defensive plan. The raid was repulsed, and by the end of the day the so-called Islamic State in the Philippines (IS-P) had triggered their long-laid plans to dominate the city.

Martial law was declared by President Rodrigo Duterte and a five month urban siege to regain the city commenced. The battle was pitched against a well-resourced, sophisticated enemy who had the ‘home ground advantage’. Extensive preparations had been conducted throughout the city and an intense, protracted and close-quarters battle - the likes of which has not been seen in the region in decades - became the only way to destroy the enemy and recapture the City[3]. On 23 October, following 153 days of war, this gruelling mission was achieved.

The costs of the Battle of Marawi were high. Opinions on infrastructure damage vary but aerial imagery indicates that huge swathes of the city have been devastated by the fighting - the mass destruction flattening entire city blocks. The World Bank estimates it may take two decades to restore Marawi to its original condition. However, the true price of the battle is that paid by the people of Marawi and the lives of those fighting in it. 165 members of the AFoP were killed in action, with over 1000 injured. Some reports indicate over 1000 insurgents were killed in the siege, which also took the lives of 47 civilians. The fighting drove over 400, 000 people from their homes.

Observation: Fundamentally, the Battle of Marawi was a battle by individuals and small teams. While the AFoP had access to overwhelming offensive support, armoured fighting vehicles, unmanned aerial surveillance and close air support platforms, the city was not free of terrorists until every building had been deliberately cleared by ‘the man [and teams] on the scene with a gun’.[4] Despite the significant destruction wrought by close air support and indirect fires, this battle demonstrated that intense close combat remains the only way to achieve decisive victory.

Expertise in combat shooting, battlefield fitness and small team tactics, techniques and procedures (TTPs) were the driving factors for the AFoP’s eventual success. Furthermore, the Battle of Marawi demonstrated that it takes a high standard of C3[5], combat trauma management and interoperability with supporting arms, such as joint fires and engineers to fight and win in the urban environment.

The observations made by the Operation AUGURY Land Mentoring and Training Team (MTT-L) support this. The most regular feedback received after the combat shooting, urban tactics, joint fires, counter Improvised Explosive Device (CIED), urban breaching and combat trauma management training, was that these skills would have allowed the AFoP to win more rapidly and with fewer casualties.[6]

Lessons Learned: While the AFoP had access to enabling technologies and supporting arms such as indirect fire, close air support and armoured fighting vehicles, the battle was ultimately won by room-to-room, house-to-house fighting. No amount of firepower can substitute this intimate, discriminate, and precise application of force.

Combat shooting, battlefield fitness, small team TTPs and battle craft are more important than any other skill, and must be prioritised. Above all else, the Australian Army must have the ability to deliver small combined arms teams to the fight who are capable of shooting faster and more accurately than their enemy out to 200 metres by day and by night; who can dominate and control complex spaces more rapidly and with fewer casualties; and who can operate seamlessly with other small teams or supporting elements in joint and coalition environments.

The Marawi experience suggests that such small teams, operating seamlessly alongside engineers, artillery and armour—as well as combat medics and military police—fighting as combined-arms sections, platoons, combat teams and battlegroups, are essential

Observation: Both the AFoP and the insurgents had very limited access to night fighting equipment (NFE); indeed, the only forces well equipped with NFE were those from SOCOMD and MARSOG....

I will have my own light infantry review and breakdown on this report in the next few days. Until then, take what you can from this AAR as there is a lot of valuable information in it and there is no need to keep it hidden waiting on me. If anyone has any questions on light infantry/sniper tactics, then you can ask me by writing to TPB2006@protonmail.com. I'll put out a mailbag if I get enough questions. Stay hard. Keep improving your position. Raptor 2, out.
Just for fun... 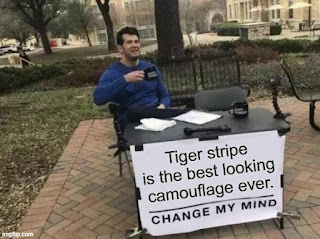